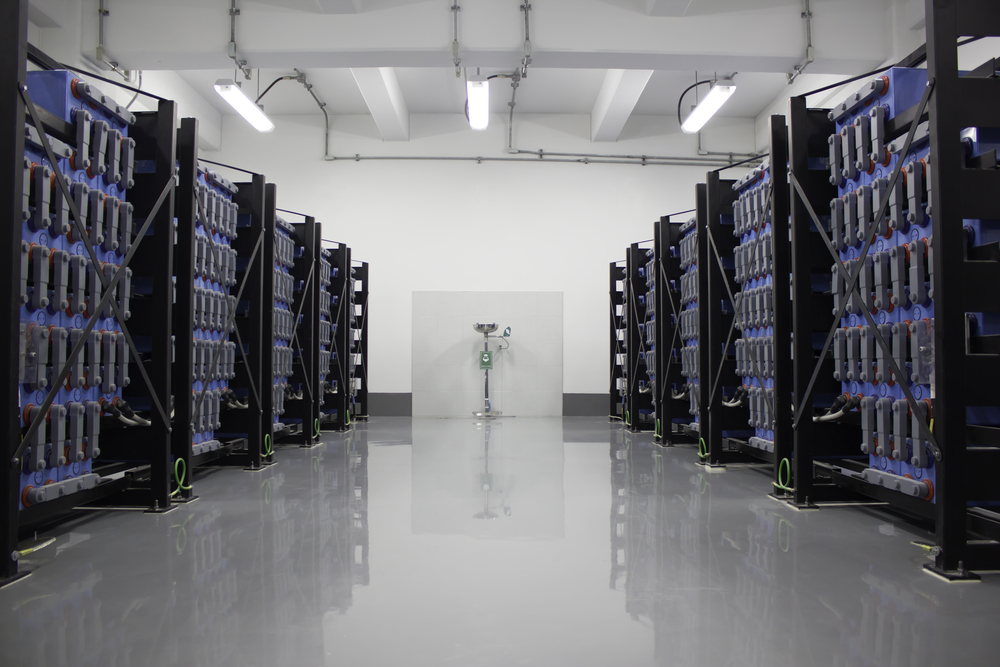 When you’re installing any type of deep cycle VRLA battery, you need to ensure you’re using the correct battery charger for the battery technology and size.

If your battery is unable to be fully and correctly charged, it cannot operate at its peak performance.

In this blog, the experts at Valen take a look at the most widely used option for charging VRLA batteries – mains powered charging.

Perhaps the most reliable method for ensuring your battery is properly charged is to use a mains power battery charger.

Every VRLA battery charger has a charging algorithm programmed into it which tells the charger how to charge the battery. The most common algorithm has 3 charging stages:

For some applications, it is critical to get both the right algorithm as well as the right battery technology.

For example, a VRLA battery which has a constant load drawing on it should not be charged with a 3 stage algorithm charger.

Why? Because the constant load drawing will cause the charger to “think” that the battery still requires further charging. Over time this will lead to the battery being over-charged, potentially causing irreversible damage to the battery.

What happens during the 3 charging stages?

Once absorption charging is complete, the charger light will go green indicating that the battery has been bulk charged and is generally around 85-95% charged.

However, this percentage will change depending on a range of factors. The point we want to stress is that at this stage the battery IS NOT fully charged.

The charger will then switch into float charge which will reduce the battery charging voltage, drop the current down and slowly trickle charge into the battery until it reaches 100% charge.

In order to get full capacity out of your battery, it is crucial you allow the battery to stay on float charge for the same amount of time before the float light comes on as after the light turns on.

The analogy that can be used is like filling up a cup with water.

If you put the cup under a tap and turn the tap on full volume, the cup will fill up very fast. This is like the boost and absorption charge stages.

When the water starts bubbling over the top of the cup, you remove it from the full force of the tap and the water in the cup will settle down. You will then notice that even though the cup was overflowing, it’s still not completely full.

This is the same with charging a battery. When the float charge light comes on, the battery is still not fully charged.

Imagine that you take the almost full cup then turn the tap on a little and trickle water slowly into the cup. As it fills you turn the speed of the water down until it’s totally turned off and the cup is totally full. That’s the same as trickle charging a battery, the charger is reducing the amount of current into the battery and slowly charges it until the battery is 100% charged.

Are there different types of mains powered chargers?

Fan cooled chargers feature an internal fan which prevents the charger from overheating. On the other hand, convection cooled models have no moving parts. Instead, these types of chargers feature large protruding “cooling” fins, usually along the side of the casing. These fins increase the surface area of the casing and in turn increase the rate of heat transfer, keeping the charger from over-heating.

Because convection cooled chargers have the heat extrusions to extract heat from inside the charger case, the electronics internally experience a more constant temperature resulting in longer electronic life and charger operational life

Different applications will call for different charging methods, and in some cases customised, mains powered battery chargers. It is always best to check with your battery supplier regarding the suitability of an existing battery charger before installing any new batteries as a mismatch can cause damage and drastically shorten the life of your batteries.

Talk to the team at Valen. We’d be happy to answer any questions you have.

Simply click here to get in touch. Or you can schedule a no obligation 15-minute phone chat with one of our experienced battery experts.

This entry was posted in Battery Charging, VRLA Batteries